The Bigger Issue Behind the Repeal of Net Neutrality

No matter where you look, net neutrality has been the hot topic for the past month. By now, people are beginning to understand what may happen without it but there's more than what is on the surface. The repeal of net neutrality creates bigger questions on what we define as "free" considering we pay for internet yet fight for the information and entertainment to be free. It creates questions about our free market; and it also creates a question on who owns the internet – should the consumers or the companies? The original net neutrality laws were more of a way to comfort consumers and publicly check internet service providers for practices that harm our free speech, free market, and access to both. They were created with consumer protection in mind but is it right to stop major corporations from running their business as they wish in a free enterprise system?

What exactly was Net neutrality?

Prior to 2015, Net neutrality was an issue of classification. The FCC and government couldn't decide if internet service providers (ISPs) should be grouped with phone carriers as a public utility, which are subject to FCC regulations. Without that classification, the FCC has no authority to regulate what internet providers do.

In 1996, the FCC created the Telecommunications Act which detailed what services fall under what category and what rules they must follow. Internet providers were classified as "information service providers" under Title I. That's what began this long debate. Being classified under Title I protected ISPs from the type of rules Title II (Broadcast Services) "telecommunications carriers" are subject to - the ones we find in today's definition of Net neutrality.

After ISPs were reclassified under Title II in 2015, Net neutrality became known as free access to all content on the internet. ISPs could not block content or slow down (throttle) speeds to content they don't like. No matter what the user is doing online, ISPs must provide the service and speed the customer paid for.

Why wouldn't ISPs give their customers the service they pay for?

For years, ISPs argument against net neutrality is that it would impede investments to upgrade their network infrastructures. Prior to 2015, there was evidence that certain ISPs throttled their customers' speeds. The most public case was when Comcast throttled speeds to Netflix for two years. Anyone who had Comcast during 2012 to 2014 experienced speeds slower than what they paid for simply because Comcast did not want to upgrade their networks to handle the increase in internet traffic Netflix caused. Instead, Comcast wanted Netflix to pay for a "peering" deal allowing Netflix to directly connect to Comcast servers.

Ironically, once Net neutrality was passed, ISPs invested billions of dollars to upgrade their infrastructures with no loss in revenue or new subscribers per quarter. Net neutrality laws did not seem to negatively impact those numbers. Without Net neutrality, will other ISPs follow suite and cut quality to increase revenue leaving their customers to suffer?

What happens now without Net neutrality?

With the FCC's decision to eliminate net neutrality, ISPs will be able to throttle speeds despite promising not to. They can prioritize their products/services above all others, such as AT&T and Verizon allowing customers to use their video services without charging data (which was happening while Net neutrality was still in place). They may even block sites, webpages, articles, and more that is unfavorable to them. The bigger problem of not having net neutrality is that ISPs might harm our tradition of free market and free speech.

ISPs are the gatekeepers of the internet but have been shown to interfere with the quality of their service which can be harmful to the consumers. ISPs are labeled as "information services providers", not entertainment providers. The problem is that the internet is no longer just a highway for information. Over the past years, especially with the introduction of YouTube and Netflix, the internet is now the number one source for entertainment. Information services providers like ISPs shouldn't be responsible for providing entertainment. Is it not fair for the ISPs to require those entertainment providers (Netflix, Hulu, YouTube, and those alike) to pay for the increase in traffic they cause that hogs most of the bandwidth for pretty much all ISPs?

How does this effect our free market?

If ISPs can block or make it hard to find services that aren't theirs or not in agreement with them, businesses may suffer. Netflix agreed to the peering deal with Comcast because it can afford to; smaller streaming services can't afford to pay for a deal. Their content may become less desirable because no one could access it in an enjoyable way.

We are in an era where nearly everything is readily available to us. If it takes too long to load a page, we will most likely move onto the next page - and it's easy to do that since Google gives us plenty of options. Small businesses can't afford to pay for the "fast lanes" and if there's no online presence, do they really exist? The same can be said for any business regardless of size that doesn't have room in their budget to pay for peering deals to put them in the "fast lanes".

When life as we know it depends on the internet, how can a business succeed without it? The situation is worse for minority communities and activists.

How does this effect our free speech?

FOX and CNN can share the same story but will tell them in two different ways due to their divergent perspectives. The same goes for #BlackLivesMatter activists versus #AllLivesMatter activists. If AT&T is for one side, they can completely ignore the other side's perspective therefore shelving it and making it unreachable to their subscribers. Without net neutrality, ISPs technically own the internet because they have the power to decide what content they want displayed to their subscribers. Some may say this is a stretch, ISPs won't do that but if they were already willing to do that for services that won't pay for peering deals, why wouldn't they for content that could potentially cause them to lose customers?

The internet is the best way for uncommon voices and views to express themselves. The power of social media is undeniable. If ISPs began to charge subscribers to use social media (like a monthly charge for Twitter or Facebook), plenty of people will most likely delete their accounts. Even if it's affordable, who's going to pay for Twitter? Would you pay a monthly price to keep your Facebook account?

Is there a middle ground?

Net Neutrality proved to be good for consumers and according to their quarterly and year end reports, it didn't seem to harm ISPs yet was still repealed. Consumers may now be at a disadvantage since the internet is the best way to get information and entertainment. Considering the most popular websites are for entertainment rather than information, and the internet was originally a highway of information, providers could charge entertainment sites more and leave the information ones alone but who's to say they'll do that when they have the power to control what is seen and how we see it? Social media is the anomaly because it provides both information (usually before it's seen anywhere else) and entertainment but its influence makes it a good candidate to be a service worth paying for. Before it was thought that the internet was owned by the people and provided by ISPs. Now, without net neutrality, are ISPs now the owners of the internet? 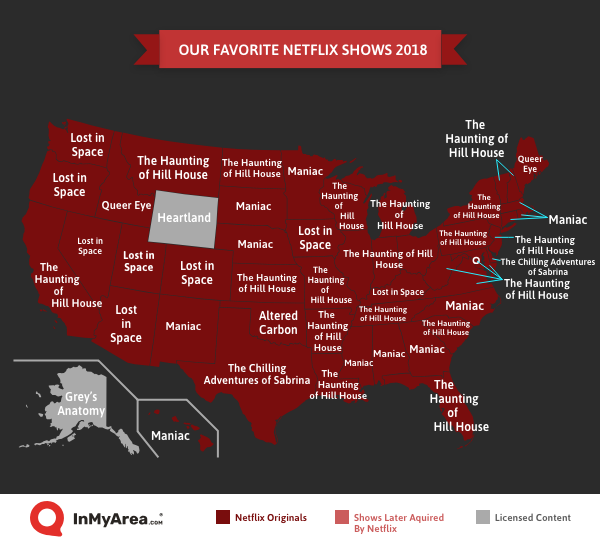 Do Smartphones Cause Anxiety And Depression? 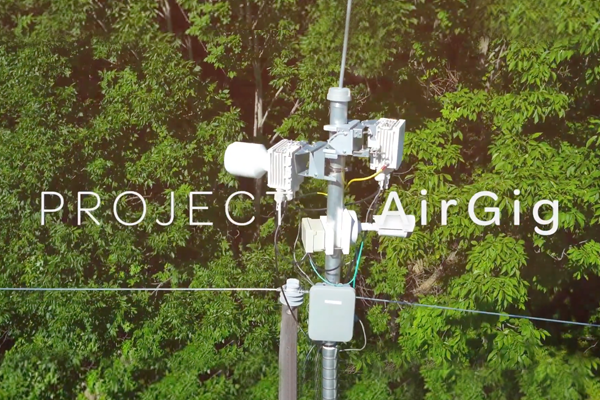 The Potential Death Of Satellite Internet 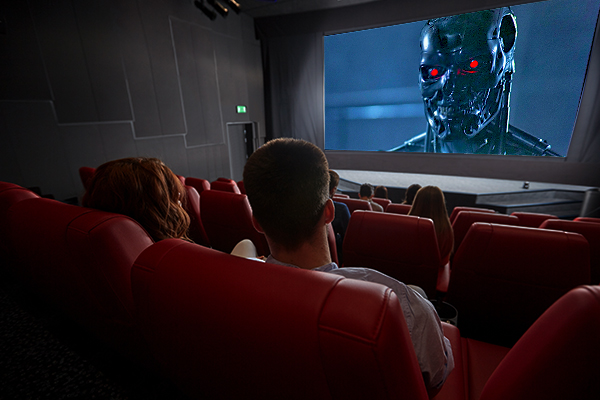 The Evolution Of Robots In Film Since 1927 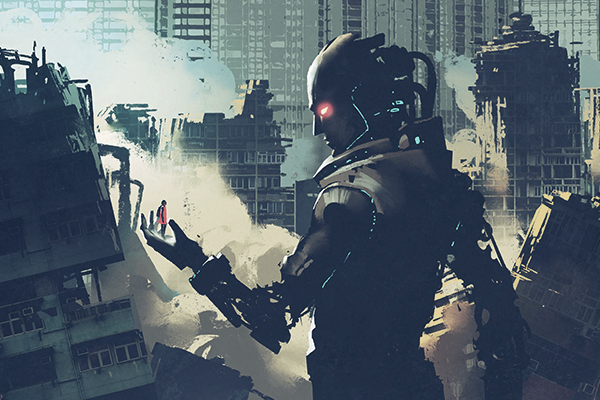 The Truth About Killer Robots 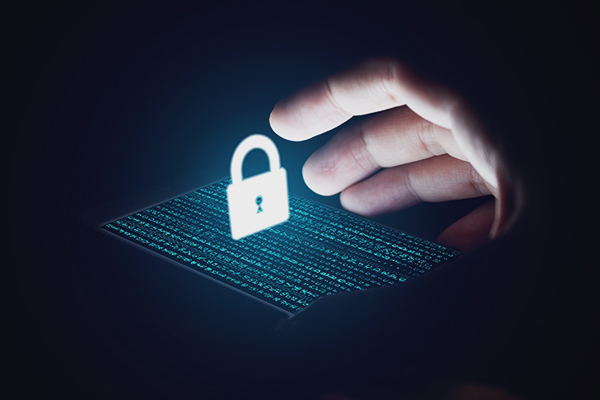